“Without the support of certain instructors … I would not have pushed myself to grasp the concepts and pass my boards on the first attempt. Once I passed my boards, it was less than one month after that I landed my first Respiratory Therapist job where I am currently working with so much joy every day.” 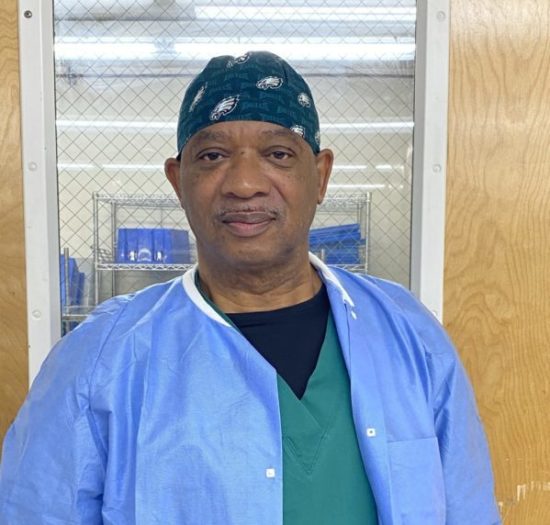 As a child, Clifford Thomas watched his grandfather fall down a flight of stairs and felt helpless because he didn't know how to alleviate his grandfather's pain. That overwhelming feeling of helplessness he never wanted to experience again, which led him years later to pursue a career in the medical field.

His first experience in healthcare came in the Army, where he enlisted as a combat medic. But it wouldn't be his last, as he continues to serve in a vital healthcare role in the middle of a raging pandemic.

Serving in the Army

Clifford enlisted in the Army shortly after high school, determined to get the medical training he needed to help others. He eventually became a combat medic, serving stateside and overseas for many years.

"It was my first experience seeing what life outside the United States was really like," he said. "It gave me a whole new perspective for the meaning of freedom." As a medic, he had a wide range of duties and responsibilities.

"The primary mission is to stabilize the patient, and evacuate them into first or second echelon medical care," Clifford said. "You treat the patient at the point of injury on the battlefield, evacuating either to an aid station or hospital depending on severity of the injury." He was elevated to a sergeant first class around the time he was deployed to Afghanistan, then ultimately became a master sergeant.

After 20 years in the Army, it was time for Clifford to retire and find a new career. "I still felt as though I had a lot more to give to my community," he said. "After serving as a combat medic for years, I was always curious about what happened to my patients once I took them to the first or second level of care, because I never saw them again."

That insight helped Clifford decide on a new healthcare career and pursue a Surgical Technology degree at Concorde Career Institute, Orlando. "After I enrolled at Concorde, I recognized some of the instruments as the same ones I used in the field for stabilization purposes," he said. "That drove my interest that much more." Clifford was initially concerned about enrolling in school because of his age, and "some of my classmates were probably old enough to be my children," he said.

But he grew to appreciate his classmates quite a bit. "They helped make my transition back into education really smooth," Clifford said. "It reminded me a lot of the camaraderie I had in the military. We became a family, and some remain as family."

Clifford enjoyed studying surgical technology, and found a particular area of interest while he was in clinicals at AdventHealth Winter Park Hospital in the Sterile Processing Department. He was hired after graduation, and is part of a team that is responsible for the cleaning, decontaminating, sterilization and storage of all the instruments that support all the functions of the hospital. He is grateful for the role Concorde played in preparing him for his new career.

"Concorde-Orlando has some of the finest instructors and supporting staff that I've ever encountered," he said. "They made it so simple, so plain and so practical for students who have various learning styles."