Ailen Morgado Falcon always knew she wanted to go into the healthcare field. In 2017, she became a certified nursing assistant (CNA) after immigrating to the United States from Cuba. She worked as a CNA for about a year but decided she wanted more.

"I wanted to advance my education and career," said Ailen. "That's when a friend of mine suggested looking into Concorde Career Colleges." After researching the programs at Concorde's Portland campus and meeting with faculty, Ailen applied to the Dental Assisting program.

Before finding Concorde, Ailen was looking for ways to pay for her school tuition. She began working with the Immigrant and Refugee Community Organization (IRCO), which offered to cover it.

"Other schools were difficult when I tried to put them in touch with IRCO," said Ailen. "But Concorde was different and made it work seamlessly. That proved to me that they truly cared about the well-being of their students."

Because of IRCO and Concorde's swift communication, Ailen was able to start in the Dental Assisting program just a few weeks later. This relieved her anxiety of not being able to afford the program and allowed her to focus solely on school and her job as a CNA.

Spanish is Ailen's first language, but she improved her English skills even more at Concorde and persevered with the help of her instructors and classmates.

"I got 100% support from Concorde," Ailen said. "From spending extra time with me on reading assignments to letting me use the lab after class. My instructors did everything they could to make sure I succeeded."

Through her hard work and the assistance of Concorde faculty, Ailen graduated from the Dental Assisting program in June 2019 and secured a position at one of her clinical sites.

Ailen loved working as a DA and once again wanted to challenge herself. After working at her first DA job for nearly a year, she pursued a position with a specialist. Ailen was a valuable addition to the team, acting as the dentist's main assistant and ensuring the comfort of her patients.

However, when the coronavirus pandemic began spreading across the United States in early 2020, Ailen decided it was best for her to live near family. She left the United States and has been in Colombia with her husband and her husband's family. Despite leaving one of her favorite jobs behind, it didn't stop Ailen from her continuing her dream career.

"The first thing I did was find a position in Colombia," said Ailen.

Within a few weeks Ailen began working as the only DA for a periodontist specialist. She also decided to further her career and applied for a dental lab technician program.

"As a DA, I get to be the 'tooth fairy' for so many patients whether I'm in the United States or abroad," Ailen said. "It's really because of Concorde that I not only get to help so many people, but I also get to continue to grow in my dream career." 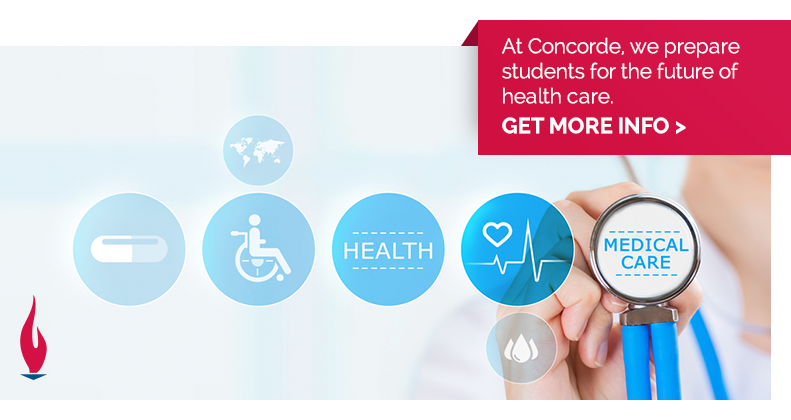