When Life and Career Meet in the Crossroads, Teamwork Happens! 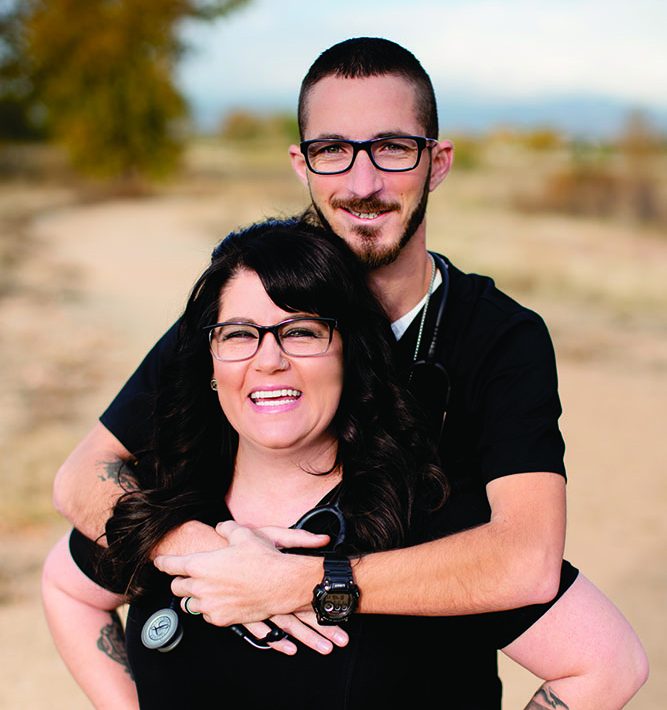 When Shawn and Mindy Stubblefield first crossed each other's paths on an online dating site, each was heading in a different direction, personally and professionally, and neither had any real reason to believe their journeys would merge into the adventure of a lifetime.

Both were single parents struggling to achieve work-life balance. Both were hard-working, successful professionals questioning their career choices. Both sensed there might be something more substantial to their lives that would leave them feeling more fulfilled, but neither knew where that inspiration might come from.

Shawn had started working as an EMT at the age of eighteen and subsequently followed an interesting career path that led him to a lucrative and successful job as one of the country's top debt collectors. Mindy had spent 19 years working in the automotive industry and wasn't particularly enthusiastic about sitting behind a desk for the reminder of her career. To say they found themselves at a professional crossroads would be an understatement.

Perhaps recalling the sense of purpose he had felt as an EMT, Shawn began entertaining thoughts about a more altruistic role in health care. After researching various career paths and programs offered at schools near his home outside Denver, he chose the Practical Nursing program at Concorde, Aurora, largely due to the fact that he would be able to complete the program in as few as 12 months and become an LPN.

Shawn was one term into his studies when fate intervened. Soon after they met and began dating, Shawn and Mindy discovered they shared a similar disinterest in what they were doing professionally at the time and a desire to find a more meaningful calling in life. As Shawn began sharing more and more of his Concorde stories and his growing affinity for nursing and making a difference in the world, Mindy began to think she shared the same vision. Soon she was also on her way to becoming an LPN at Concorde!

It was not without a large amount of nerve-wracking trepidation that they embarked on the adventure of a lifetime. They realized that in order to pursue their education full time, they would need to make some drastic changes, including leaving their comfortable, safe careers and downsizing their well-established lifestyles. "People thought we were crazy. Nobody believed in us," recalls Shawn, prompting Mindy to reply, "but we had each other, and we knew that's all we needed."

The couple gave up life as they knew it, a beautiful home and a more-than comfortable dual income, to move into an unfurnished basement in the home of their in-laws in Prospect Valley, all without abandoning their responsibilities to five young children. But they never lost sight of their goal and never wavered from their commitment. "We dropped down to basically no income just to go to school together," recalls Shawn, "but the struggles we endured only served to make us better nurses. We understand tough circumstances. We know we've got each other's backs and can get through anything."

Both are also quick to point out the support and inspiration they received from Concorde's Director of Nursing, Simona Parvulescu-Codrea.

"Dr. P. played an enormous role in helping us stay focused. She taught us to believe in ourselves and in the difference we could make in the field of health care." said Shawn.

Reached for her thoughts and recollections regarding the Stubblefields' and their unflappable commitment to each other as well as their education, Parvulescu-Codrea recalls a couple that reaffirms her role as an educator: "Mindy and Shawn represent the best reward a teacher and manager dreams about. Such success stories provide confirmation of our need to be strong role models and empathetic mentors to our students. This is what will always make me want to be in the position I am now."

When it was time for their clinicals, the Stubblefields ended up making the rounds at Balfour Senior Living, where they also ended up making an impression on those with whom they worked on a daily basis. The organization, renowned for treating residents with deference and dignity, recognized qualities in Shawn and Mindy that were hard to find in today's competitive market for licensed practical nurses. Upon passing their NCLEX PN exams, both were hired by Balfour.

"It can be pretty intense at times," says Shawn. "A lot of our patients are nearing end-of-life or are hospice patients, but the education we received at Concorde and the experiences we went through during clinicals prepared us for just about anything life throws our way."

Asked whether the sacrifice and hard work was all worth it, Mindy enthusiastically adds, "We began this journey because we both realized we wanted and needed to do something that would positively impact peoples' lives. The reality of our current roles is that we're not just helping our patients; we're providing solace and comfort to their family members as well."

Today, the couple has made a beautiful home for themselves just eight minutes from their kids' school and twenty minutes from work. Their careers are thriving at Balfour, where both have been promoted to Care Manager/Charge Nurse for their respective shifts. Shawn works the day shift, and Mindy handles the night shift. The couple's bonds are stronger than ever, and every day provides proof that teamwork triumphs over tribulation and that when people believe in each other, even the loftiest of goals can be achieved.

As noted by Dr. P, "Mindy and Shawn's story is different from anyone else's, because they were a couple enrolled in the same program at the same time. They needed to work much harder on their organization and time management to accomplish all their objectives, and they saw their instructors and managers as resources who were committed to helping them achieve those objectives."

There is one small, looming issue the pair will have to deal with, though. Both have been nominated for Employee of the Year at Balfour, effectively placing them in direct competition with each other. Considering how far this couple has come to get to where they are, we're confident Shawn and Mindy will find an equitable way to celebrate their mutual accomplishments, no matter whose name ends up written in the icing on the cake.

Want to tell your story?

We would love to hear from you! If you would like to share how Concorde played a part in your journey to a new future, please reach out to alumni@concorde.edu. 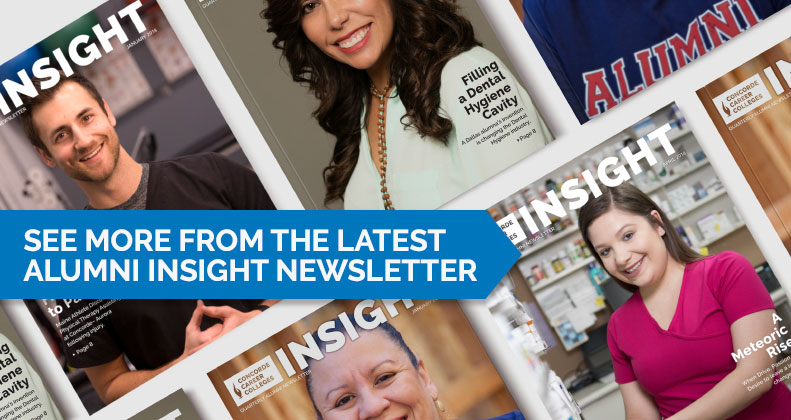