From Stereotype to Prototype: Paying It Forward with Titus O’Neil 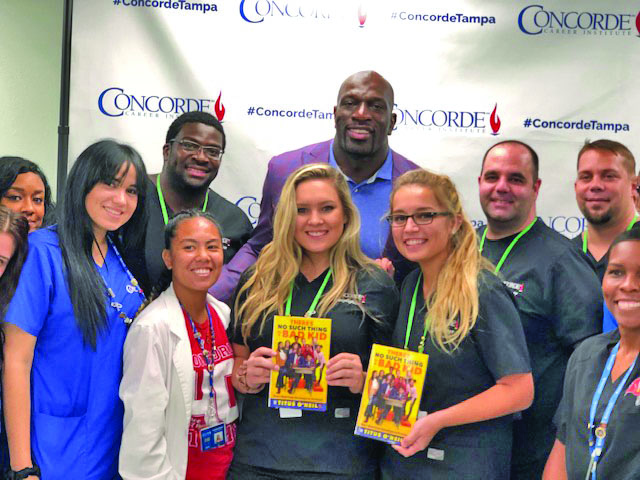 PARTNERSHIPS IN THE COMMUNITY

When Thaddeus Bullard was born into extraordinarily difficult circumstances in a south Florida community ravaged by poverty, no one gave him much of a chance to make a name for himself, let alone rise to the peaks of personal and professional accomplishment.

But Thaddeus defied the odds and, thanks to the mentorship provided by key figures he encountered throughout his young life, went on to become an honor roll student, a standout football player at the University of Florida and the Arena Football League, and a superstar wrestler in the WWE known by legions of fans as Titus O'Neil.

Not content to rest on his laurels on the field or in the ring, Bullard has chosen instead to become heavily involved in charity work with various nonprofit groups in and around Tampa Bay. His Bullard Family Foundation is on a mission to provide families and children everywhere with moments, programs and resources to help build character and improve outcomes in our community.

"I have been blessed by the kindness and generosity of others, people invested in me when they had nothing to gain in return," says Bullard. "I established Bullard Family Foundation, Inc. as a means to duplicate the love, efforts and the kind gestures that were done for me."

Concorde's Tampa campus serves and supports its community with career-driven programs in health care and an ongoing commitment to support philanthropic causes through our #ConcordeCares initiative, which is dedicated to driving forces of positive change in our communities. Just such an opportunity arose at a back-to-school event at Sligh Middle School, a health and wellness magnet school the Bullard Family Foundation enthusiastically supports.

This year, the school moved to a "house" system, where students form teams to challenge each other to be the best, and Concorde was a sponsor of one of those houses. It was also our first of what we hope will be many future opportunities to work alongside Thaddeus and his inspirational team.

Felecia Bell, Concorde's Director of Student Affairs at the Tampa campus, looks forward to future collaborations with Bullard and his foundation: "Thad is about development of meaningful relationships. Merely supporting an event was never the end game. Both organizations were interested in collaborative efforts that would create a long-term partnership where parties could accomplish common goals of serving the community in the most meaningful and impactful way."

Bullard, whose personal upbringing mirrors that of many students at Sligh, began focusing his philanthropic work at the school more than a year ago. Since then, he has written a book, There's No Such This as a Bad Kid, about the power of positivity and possibility, and how he went from stereotype to prototype. His remarkable story will provide hope and inspiration to children in similar circumstances and will help guide well-meaning adults how to pay forward their successes to a generation of disadvantaged children.

In August, Bullard was asked by Newsweek what he wanted his legacy to be, and in typically humble form, he replied: "I just want to be known as the guy who did everything he could to make everything and everyone around him better. I am a better person when I'm in that space, when I have the opportunity to change people's lives and am able to bring people and corporate sponsors together for one cause. It gives me a great sense of pride and gives us a great opportunity to realize that we can all make a difference."

At Concorde Tampa, we are pleased and proud to support initiatives like the one held at Sligh Middle Magnet. "The smiles of the faces of the families that attended reminded why we do what we do in the community," recalls Bell. She also notes that future events are in the works, including a Concorde Career Fair to be held at the school, and she looks forward to additional collaborations with the Bullard Family Foundation.

Whether you know him as Thaddeus or recognize him as Titus, it's hard not to root for someone who has risen from such humble beginnings to pillar of his community. His is the kind of story we can get behind to show the world that #ConcordeCares about all of our campus communities. 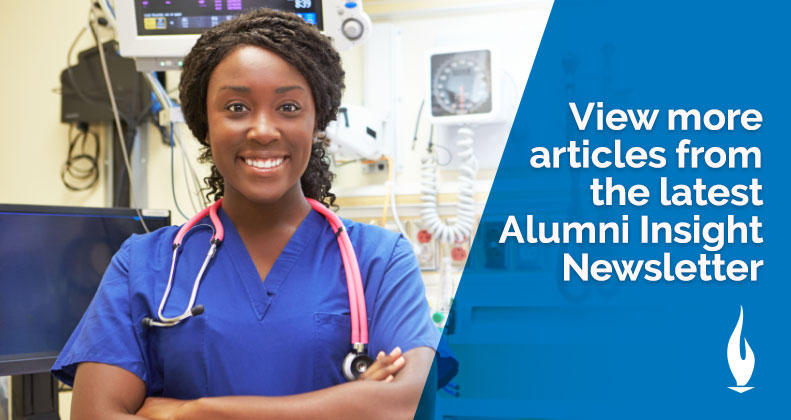